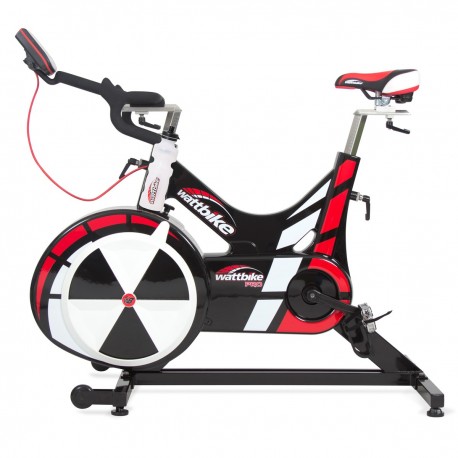 The Wattbike is engineered to enhance  every kind of cycling, from rehabilitation, fitness testing to Olympic training and is suitable for riders of all abilities and ages, providing accurate and consistent performance data with scientific accuracy.

What makes Wattbike ground-breaking isn't just the realistic ride. Wattbike captures performance data up to 100 times per second across 29 parameters, whilst its performance computer delivers the kind of data that, until now, has only been available to the world's most elite athletes. And because every bike gives comparable data and has software that grows as you do, it means you can compare your performance with the best.

This test is designed for people who take part in moderate activity on a regular basis (3 x 30’ per week). This includes regular gym users, people who run, cycle or those who play sports recreationally.

This test is designed to give a benchmark fitness level from which improvement in fitness can be monitored. As with the sub-maximal 10’ test, the test is terminated when the rider indicates they have reached level 7 on the Borg scale rate of perceived exertion (‘no-talk’ level).

The heart rate achieved at termination is deemed to be 85% of MHR and 60w is added to the Watts achieved at the termination level to determine MMP so that heart rate and power training zones can be calculated. As it is a sub-maximal test, it can be done regularly (monthly) to track fitness improvement and to re-establish heart rate and power training zones as fitness levels change. It is also a good test for people who are starting out on a training or fitness program.

Training sessions are available starting at £250 per session (2 hours) plus travel.